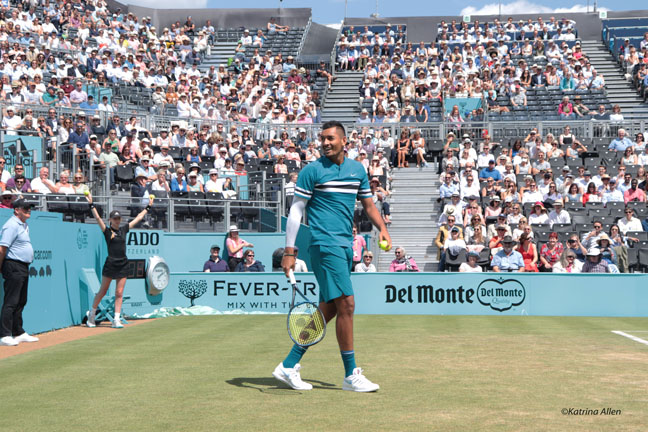 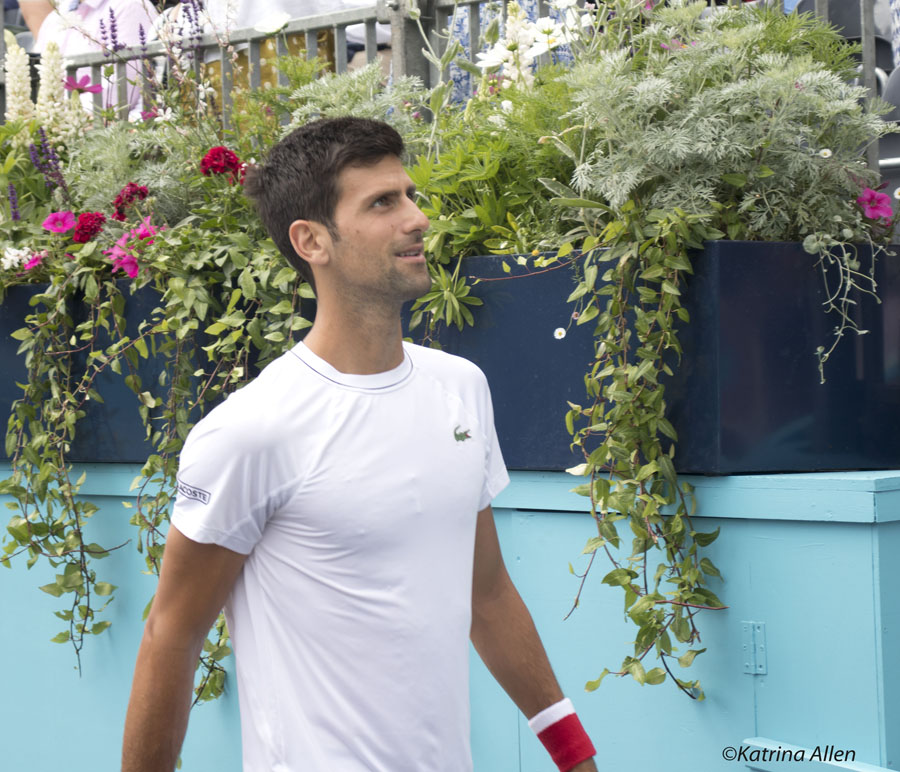 END_OF_DOCUMENT_TOKEN_TO_BE_REPLACED

Has much changed in women’s tennis? Diva Magazine

This article appeared in Diva Magazine in June 2018 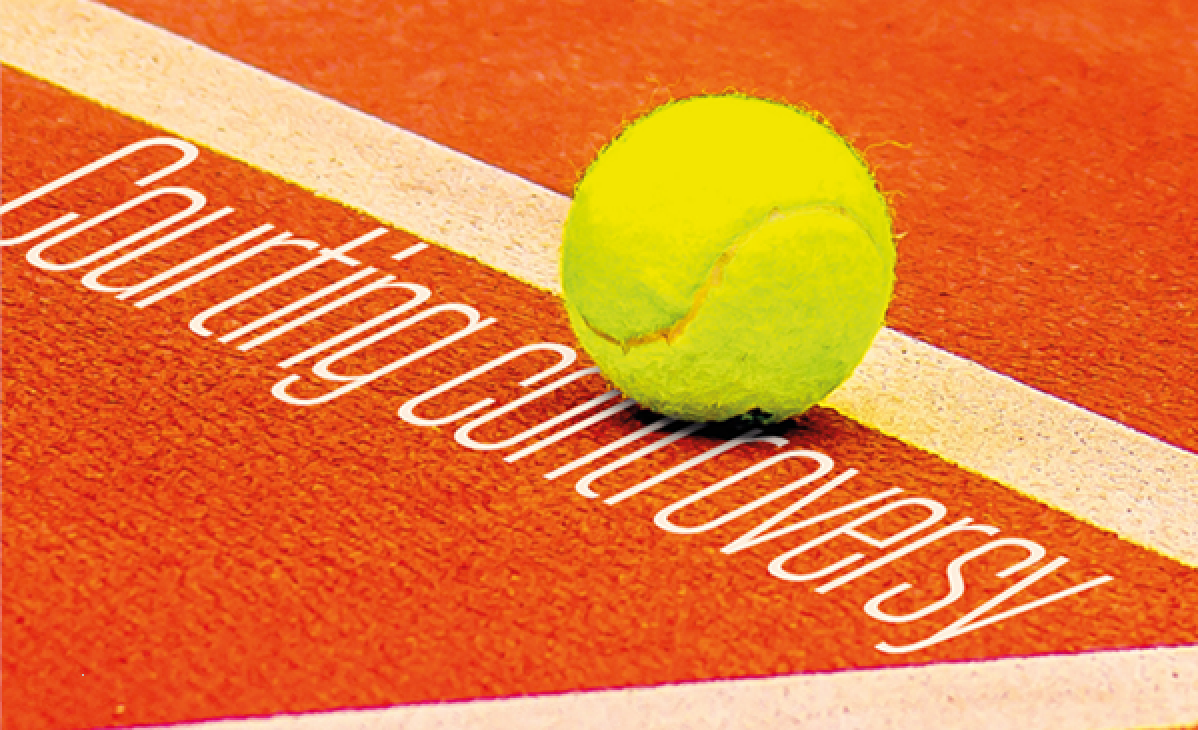 Back in 2014, I wrote an article for Diva Magazine about Amélie Mauresmo, a former World No 1 tennis player. She had just been appointed coach to Andy Murray, which rocked the tennis world since it was the first time a woman, let alone a lesbian, had coached a top ten male player. END_OF_DOCUMENT_TOKEN_TO_BE_REPLACED

This article appeared in Givemesport.com 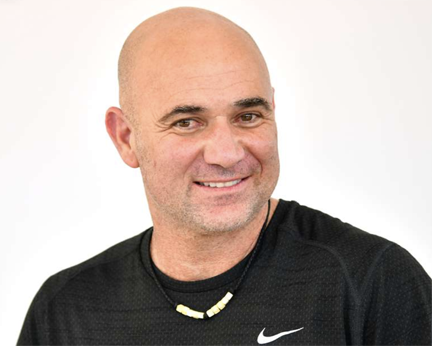 Rafael Nadal has just won his 11th Roland Garros title at the age of 32.

Roger Federer, at the age of 36, is favourite to win this year’s Wimbledon.

These two players have won all the Grand Slam titles between them since Melbourne last year and appear to be unbeatable.

So, who might be future contenders for those Slam titles?

END_OF_DOCUMENT_TOKEN_TO_BE_REPLACED

This article appeared in LanguedocLiving.com

There were two big questions at the start of the tournament this year. Could Novak Djokovic regain his form and test Rafael Nadal, the “King of Clay”? And could Serena Williams possibly come back after having had her first child in September and having played only a handful of matches since then?

But the tournament turned out to be far more exciting than that, with some nail-biting matches.

END_OF_DOCUMENT_TOKEN_TO_BE_REPLACED

Real Tennis – Day One; Can Camden hang onto his title?

A taster – from the previous world championships

Camden Riviere was here to defend his title! Fahey was very much the underdog, mostly due to the considerable age difference. You can train as much as you like but giving away nearly 20 years is a pretty tall order. END_OF_DOCUMENT_TOKEN_TO_BE_REPLACED

A Site (sic) for Sore Eyes…

We get beyond our 50’s and start to collect injuries: bad backs, tennis elbow, dodgy knees, and then the eyes start to go. That bit has only hit me in the last few years and it’s depressing. END_OF_DOCUMENT_TOKEN_TO_BE_REPLACED

and a mere club game in Bordeaux! Jacques Pouyot finishes with a winning gallery…

Posted on February 17, 2018 by Katrina in Tennis, Tennis/Real Tennis | Leave a comment

This article appeared in Tennis Threads, the only printed British tennis magazine.

Billie-Jean King’s name is everywhere at the moment after the film release of ‘Battle of the Sexes’.

Billie-Jean was my idol. As a junior, I modelled my whole game on hers. In fact, I still think of her when I serve. Hers was a loose and languid action.

She attacked, she screamed when she missed a volley, slamming her racket on the net cord followed by a roar of frustration. The British public were shocked at the aggression but she didn’t seem to care.

I had a couple of coaching sessions with her when I was about 13.

She told my parents “she has a nice game”. I nearly fainted.

Our paths crossed a number of times after that. Every time she saw me she’d say ‘how are ya doing? how’s ya game?’ in her American drawl. I began to think I had a double. Surely she didn’t really recognise me. But it was great kudos – my schoolmates would say ‘does she know you?’ ‘Oh yes, we go back a long way, Billie Jean and I’.

END_OF_DOCUMENT_TOKEN_TO_BE_REPLACED 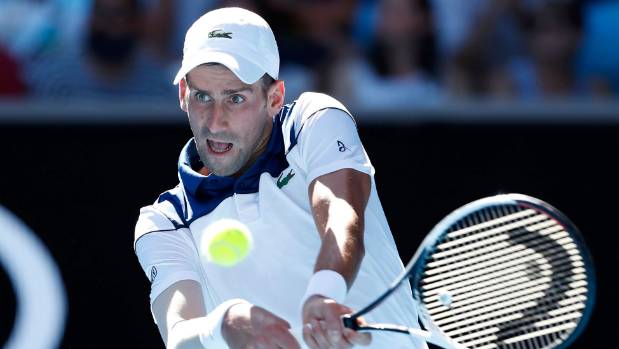 OPINION: So, Novak Djokovic called a meeting of players to discuss, well we’re not really sure what exactly … there have been rumours of boycotts, breakaway unions and demands for more prize money.

END_OF_DOCUMENT_TOKEN_TO_BE_REPLACED

“Tennis is full of lesbians.”

These are just a few quotes from Margaret Court, senior pastor and former Australian world No1 tennis player, in response to the country’s vote in November, on same-sex marriage.

END_OF_DOCUMENT_TOKEN_TO_BE_REPLACED

Borg vs McEnroe – the film 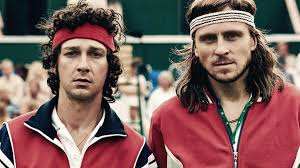 You Cannot Be Serious

Has there ever been a good film about tennis?

The trouble with films about tennis is that most actors just can’t play the game.

“Players” and “Wimbledon” were both murdered by hopeless attempts to look like proper players. McEnroe had a walk-on part in “Players” and regretted it, saying that tennis films were always terrible. END_OF_DOCUMENT_TOKEN_TO_BE_REPLACED

Posted on November 21, 2017 by Katrina in Tennis, Tennis/Real Tennis, Uncategorized | Leave a comment

My friend Scott Barclay’s article on that disgraceful opening ceremony. The organisers have apologised but what were they thinking?

Posted on November 21, 2017 by Katrina in Tennis, Tennis/Real Tennis | Leave a comment

So, Dmitrov (a.k.a Baby Fed) finally won a major title at 02 last night.

What took him so long? Girls, apparently. Lots of them. His performances off the court clearly affected his performances on it. The most high profile one was, of course, Sharapova. When asked what attracted him to her he said, “well, she’s tall and she’s blonde. What else would you want?” Err, brains, or humour maybe?? My opinion of him plummeted. END_OF_DOCUMENT_TOKEN_TO_BE_REPLACED

This article appeared in  LanguedocLiving  July 2017

Usually, I’m really sad when Wimbledon finishes but this year I was particularly sad, and not for the usual reasons. END_OF_DOCUMENT_TOKEN_TO_BE_REPLACED 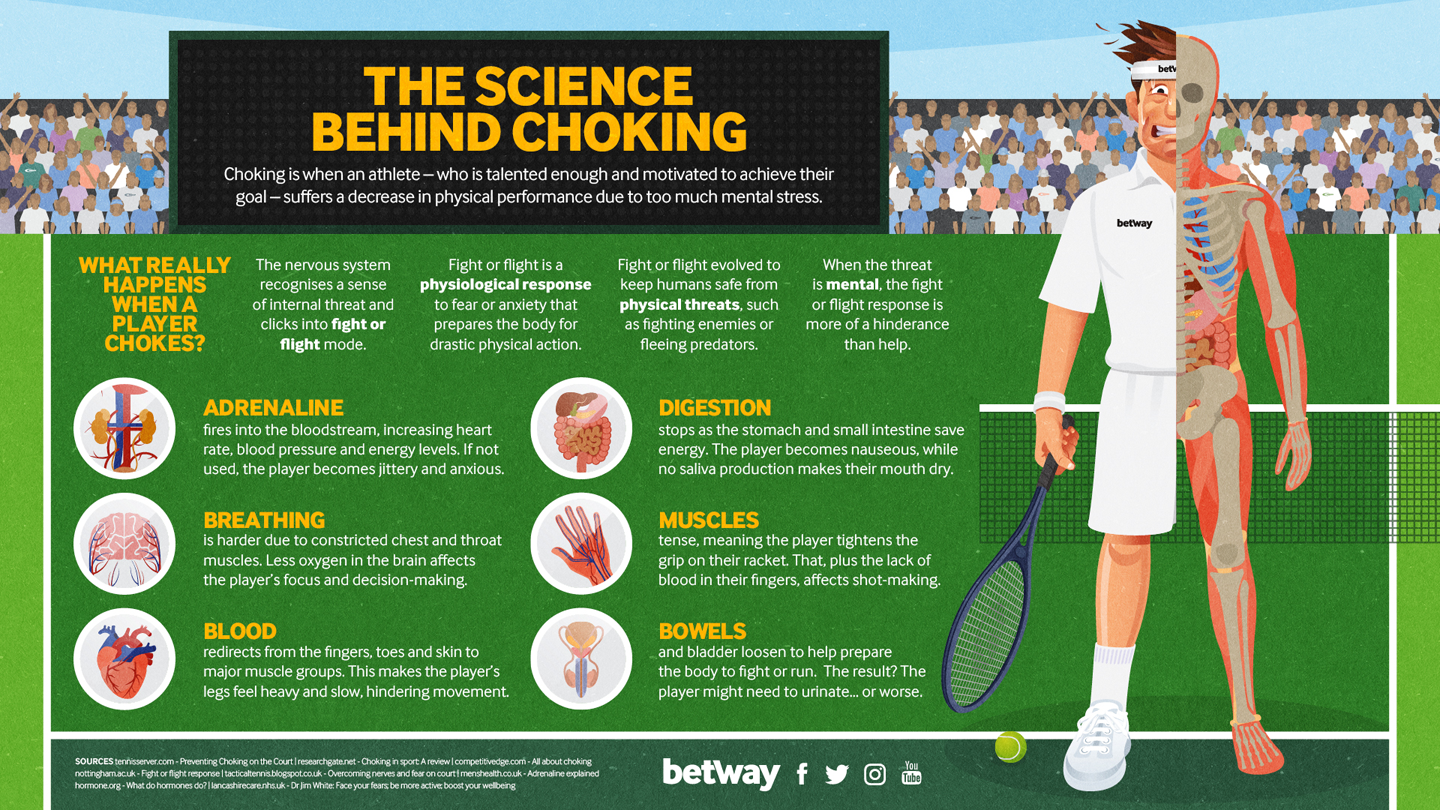 This article first appeared on Campden Hill LTC  Website, May 2017.

Have you been lucky enough to see the sublime Roger Federer play live? This time last year, I hadn’t, and was pretty desperate to do so before he retired.

And then I came across William Skidelsky’s book ‘Federer and Me, a Story of an Obsession’. It’s a brilliant read, both funny and informative but, best of all, in his chapter about the German tournament in Halle, he revealed how I might realise my dream. For this is where Federer plays his Wimbledon warm-up and where he has a lifetime contract (so there’s no chance of seeing him at the rival tournament at Queen’s). And, unlike Queen’s, there’s a sliding roof so play is guaranteed in the main stadium where they naturally schedule all his matches. END_OF_DOCUMENT_TOKEN_TO_BE_REPLACED

So, the clay court season has finished, culminating, as always, in Roland Garros, the French Open. I’m 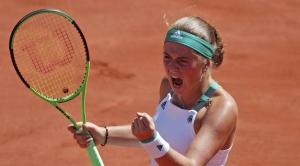 always rather sad when the French finishes. Gruelling rallies on the dusty clay, in the heat, over the best of five sets are exciting to watch. Wimbledon seems almost dainty in comparison. END_OF_DOCUMENT_TOKEN_TO_BE_REPLACED

This article first appeared in Languedoc Living in June 2016

“Get yourself to Halle” urges William Skidelsky in his excellent book “Federer and Me”.

Like the author, I am a complete Roger Federer nut. Why? Because he is the most beautiful, elegant and creative tennis player there has surely ever been. I get goose bumps just thinking about his game. 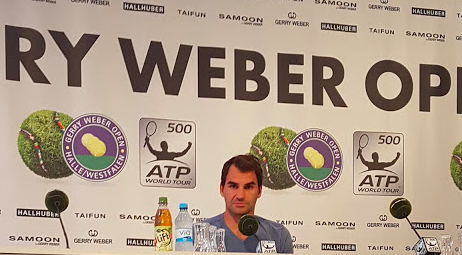 Like a Muhammad Ali or a David Beckham, he transcends his sport, adored by people who don’t even like tennis.

Pancho Gonzales once said of Pete Sampras: “He moves on oil”. Nothing like Roger he didn’t, but then Pancho was no longer alive when Fed. really came into his own.