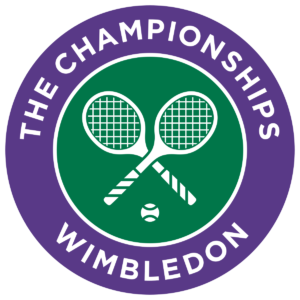 So, Wimbledon tennis this year has been cancelled, for the first time since WW2. The decision came late, leaving us all on tenterhooks, but really it was inevitable.

Unlike the French Federation who made the unilateral decision to move their Slam to just after the US Open, Wimbledon chose to cancel the tournament rather than to postpone it. Even if it were possible to hold the event later, grass just isn’t playable later on in the season. It would be too slippery.

The French Federation are in hot water for having made their decision without consulting other tournament committees, who are still smarting at the move. It’s been mooted that the tournament may have all its ranking points removed, not just this year, but also the next one, which would make it a far lesser tournament as many of the players would simply not turn up. Punishment indeed. “Pour encourager les autres”?

It’s bad enough for us viewers to have the whole of the clay court season cancelled, but the grass court one also? And what is summer without Wimbledon? I know people who take a large chunk of their annual leave during the tournament in order to close the curtains and
glue themselves to the box for the fortnight.

Players are pretty devastated by the decision, Roger Federer and Serena Williams in particular. Both players, at the age of 38, are running out of time. Williams, desperate to equal Margaret Court’s record of 24 Slam titles, has been stuck on 23 since winning the
Australian Open back in January 2017. Federer, whose best chance at winning a Slam is at Wimbledon, would have been keen to avenge his defeat at the hands of Djokovic in last year’s nail-biter after squandering two match points. Both want to be remembered as the GOAT (greatest of all time) but Nadal or Djokovic are likely to overtake Federer, and Court to maintain her Slam record.

The response of the three top men, Nadal, Djokovic and Federer to the coronavirus has been admirable. Djokovic has donated one million euros towards medical equipment in Serbia, Federer the same amount “for the most vulnerable families” in Switzerland. Nadal has urged Spain’s athletes to come together and raise €11m to help fight the pandemic.

Perhaps they could also help out lower-ranked players on the tour who barely scratch a living and who are in serious financial trouble, many of whom won’t be around when the tournaments start up again, having turned to “normal” jobs to make ends meet. After all, many of those are the future of the game.

No such worries for Wimbledon. They won’t be out of pocket. Many years ago, they took the canny decision to take out insurance against epidemics as well as events such as the Queen dying, which would cause national mourning and certain cancellation of the event. Apparently, they will receive a payout in the order of £100 million. Champagne and
strawberries all round at the All England Club.