From synchronised swimming to pétanque to wrestling – you name it … The full list of sports can be found at https://www.paris2018.com/sports-list/

I had a chat with Emily Chong, who is entered into several categories; triathlon, open water swimming and swimming in the pool. “I’m going as part of a team from my swimming club, ‘Out to Swim’ and with ‘Frontrunners’, the LGBT+ running club. There are about 100 of us going, across various disciplines including water polo, synchronised swimming, open water swimming as well as the triathlon and marathon.

“I’m from a team sports background and used to compete in lacrosse, judo and wakeboard at international standard but I had knee and shoulder surgery so decided to concentrate on non-contact sports and went into the triathlon, representing Hong Kong in my age group. I also went on to do ultra-distance swimming.”

Emily swam the Gibraltar Straits and was part of relay teams swimming across both the English Channel and Lake Geneva. 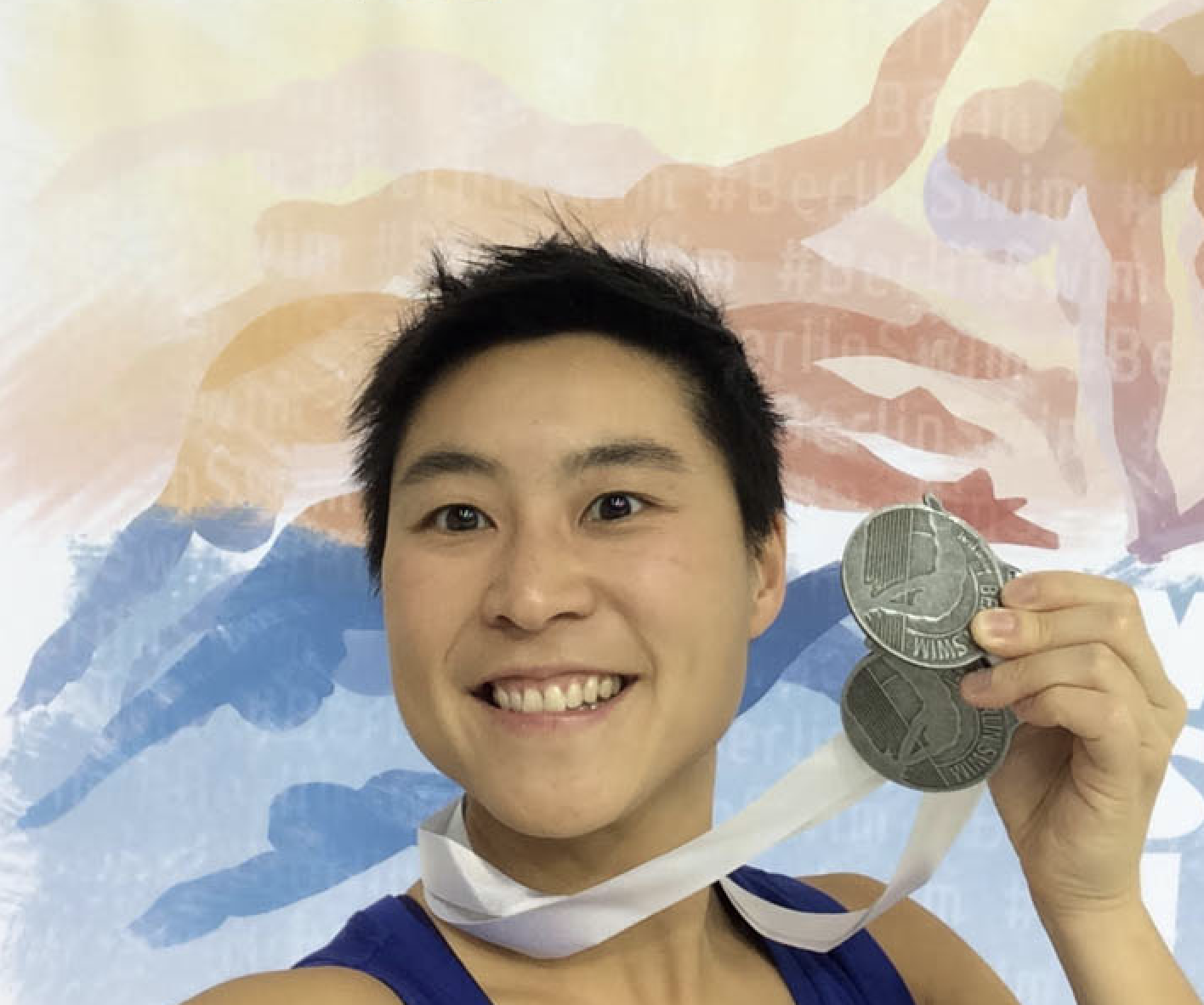 Emily makes me feel like a complete couch potato; OK, I play tennis a few times a week but it’s mostly doubles and is, above all, for fun. “I must go to my local pool” I found myself muttering under my breath as we were chatting.

I then talked to Daz Parker, a pro triathlete and stuntwoman. “I took part in the Gay Games at Amsterdam and Toronto. I really entered to have some fun and it was amazing. I particularly remember the Opening Ceremony. After that, it was one big party, with a bit of sport in between! Some take it very seriously but I decided just to enjoy myself. It was nice not to have any pressure, unlike at the pro tour.” Last year, Daz took part in an Ironman event which entailed a 2.4 mile swim, 112 mile bike ride followed by a marathon, all without a break. This was at the age of 50.

I asked her about her stunt work, which has included high falls and being set on fire… “I’ve had a few close shaves” she said. Daz has also been an actress and written her own one-woman show. Now I was feeling like a serious underachiever.

So it was with some relief that I spoke to Paula Bates, a tennis player at club level, like myself. “I took part in the Sydney and New York Games. They were both incredible experiences, especially the atmosphere at the opening ceremonies. The New York one was held at the Yankee Stadium and it was huge. I know it sounds corny but I just felt so loved. It gave me a massive emotional rush. And they were filled with stars, Kylie, Olivia Newton-John and loads of others; I bet the Macrons will be at the Paris event!” 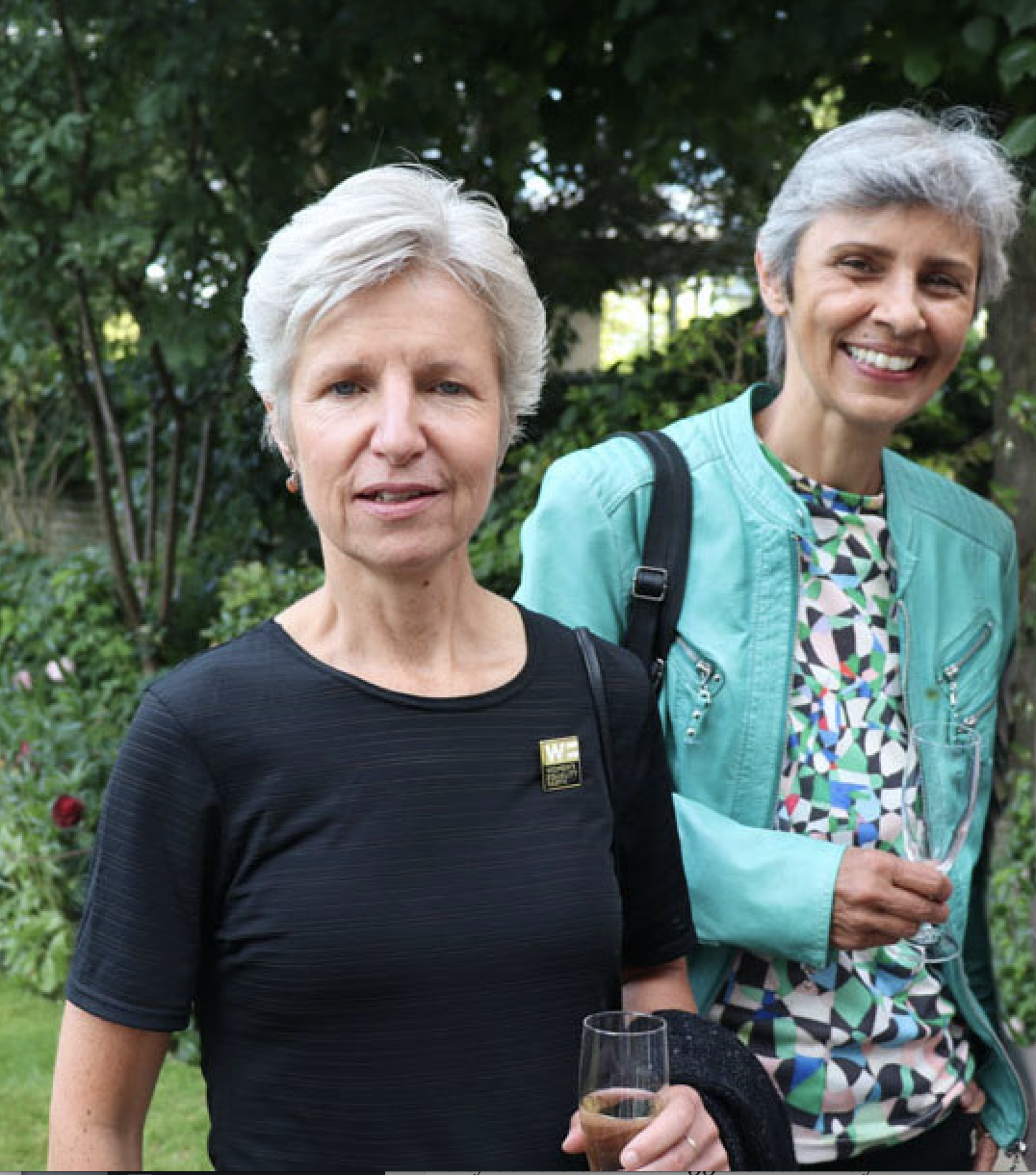 At a rather grand Gay Games welcome reception in the French Embassy, I also met, amongst others, ten-pin bowling partners Stella and Yasmin (“We’re very much social standard”), Penny, a ballroom dancer, and Margaret who is playing pétanque. Margaret told me “I don’t really ‘do’ sport but I wanted to enter something, just to feel part of the event”.

The Opening Ceremony on 4th August costs 50 euros for spectators and the various tours, around 10 euros. The sporting events are free for spectators.

To book tickets to the opening and closing ceremony and those parties and tours go to https://www.paris2018.com/tickets/

And apart from the sporting events, the Games are putting on various other activities such as the “Ladies’ Night Party” on a boat, “Lesbians of the Left Bank” and a tour of “The Lesbian and Gay Père Lachaise”, the cemetery where Isadora Duncan, Colette, Gertrude Stein, Oscar Wilde and many other LGBT+ icons are buried. Wilde’s tomb features a spectacular Jacob Epstein sculpture, and many a man laying floral tributes. The testicles on the sculpture’s naked figure were lopped off some years ago, presumably by some homophobe; rumour has it that they later served as paperweights in the office.

Other cultural events include: cheer leading, a film festival, a visual arts exhibit, a patchwork quilt exhibition, the International Rainbow Memorial Run and a gala ball.

Outside the Games, there is plenty happening in Paris, even in August. During the hot summer months, the banks of the Seine are lined with sand, deckchairs, food stalls and volleyball nets, creating a series of city beaches.

You’d think the city would be crowded and expensive at this time of year, but that’s not the case. Most Parisians take the month off and go in search of the coasts, so the city is eerily quiet and surprisingly cheap.

Vicki Carter is the co-chair of Out For Sport, the LGBT+ sports umbrella organisation,. Vicki took part in the New York Gay Games in 1994 and said “Winning a swimming bronze medal was one of the proudest moments of my life.” She told me, “We have over 850 participants going to Paris from the UK which is really exciting. Joining a sports club can be life-transforming. It keeps you fit and healthy, you make new friends and it’s fun to take part in competitions. And for the LGBT+ competitor, the Gay Games is THE biggest competition.”

So, if you fancy a summer break, watch a bit of sport and take part in some serious partying, Paris is the place to be in August. 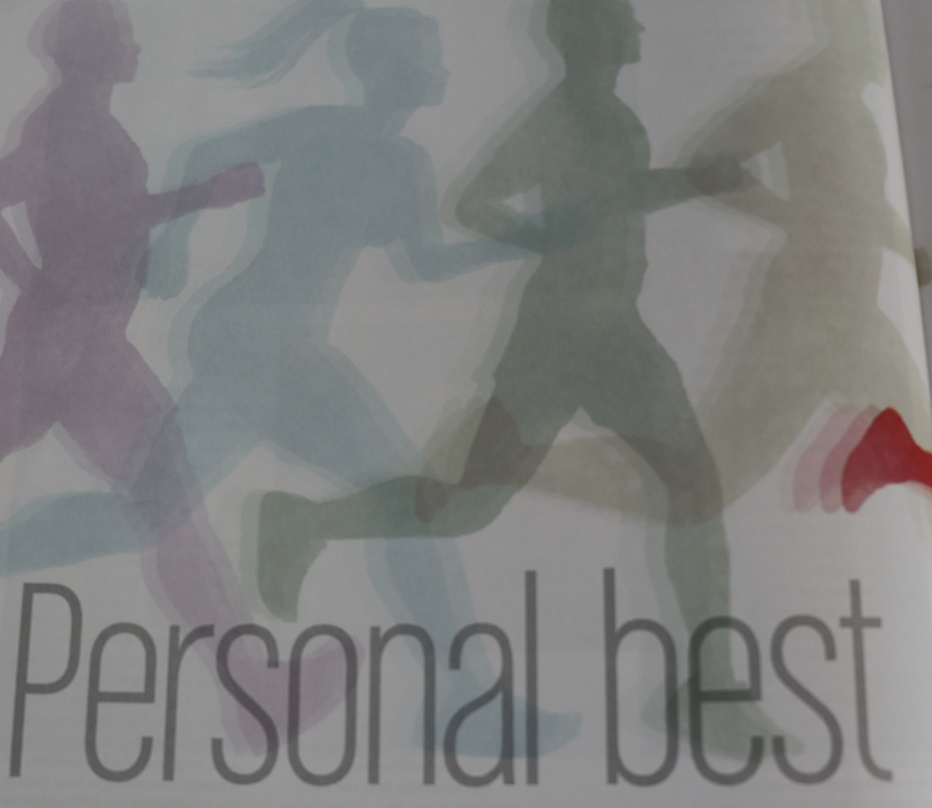 You’ll find hundreds of hotels on the Paris tourist website https://en.parisinfo.com/discovering-paris which also lists other tourist activities such as restaurants, galleries and nightlife, but it’s also a fact that Airbnb have more listings in Paris than anywhere else in the world which means they are cheap and plentiful.

From London, getting to Paris is easy and cheap. Eurostar tickets from St Pancreas to the Gard du Nord in the city centre start at £55.00 each way.

Flights to Paris from major UK airports are serviced by a dozen or so airlines.