How did Djokovic find himself playing pandemic politics in Melbourne? 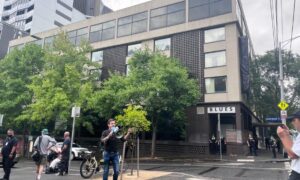 In the words of the legendary Aussie tennis player, Rod Laver, in relation to the current Novak Djokovic debacle: “If he’s got a reason then . . . we should know it. Yes, you’re a great player and you’ve performed and won so many tournaments, so it can’t be physical. So what is the problem?”

In other words, why can’t the Serb just spell it out and explain just why he received a medical exemption to play in the Australian Open Grand Slam, due to start on 17 January?

Two independent medical panels assessed his application for exemption, which was granted. Except that there was general opinion amongst the other players that the decision was made purely on the basis that he was Novak Djokovic, tennis world no 1 and the main draw of the tournament.

Such exemptions to play in the tournament include recent major surgery or myocarditis or evidence of Covid in the previous six months. Novak’s lawyers have stated that he contracted the virus on 16 December, hence that exemption by Tennis Australia. It’s rather odd that he didn’t just announce that. Why all the secrecy? After all, it’s not the first time he’s contracted Covid. Perhaps it has something to do with the fact that he was snapped handing out awards to young players at an event in Belgrade and posing maskless for pictures with them on 17 December.

On arrival in Australia last week, Novak was refused entry by border control and is now holed up in a Melbourne detention centre, awaiting a decision, expected tomorrow. It seems that Tennis Australia didn’t consult the immigration authorities on the matter and they are now at loggerheads. But there is also the suggestion that Djokovic’s team appeared to have applied for the wrong visa. It’s all rather confusing.

Scott Morrison, the Australian Prime Minister, has weighed in on all this, stating that if Djokovic can’t provide sufficiently hard evidence in relation to the exemption: “He’ll be on the next plane home.” A federal election is coming up and it’s generally assumed that Morrison is using the situation to boost his standing in the polls, flexing his muscles on border protection. In a tight election he also can’t afford to look weak by giving special favours to sports celebrities.

Meanwhile the Serbians are also playing politics. Their Ministry of Foreign Affair says the world no 1 is a pawn in a political game, that he was “lured to Australia in order to be humiliated”, since he was given permission to travel by the tennis authorities before he boarded the plane to Melbourne, only to be turned away on arrival. It’s all getting very juicy.

Djokovic has lodged an appeal and will know his fate on Monday. Meantime, he is holed up in what sounds like a somewhat seedy immigration detention centre, with darkened windows, where he is monitored 24/7. The hotel made headlines in Australia late last year after asylum seekers shared photos of food with maggots and mouldy pieces of bread. Shades of Ghislaine Maxwell, that equally high profile figure, being brought down to earth.

One imagines that even if he does end up playing in the tournament, Djokovic will be roundly booed by the Australian public. Hitherto he has always been a popular figure at the Melbourne Grand Slam. That would change in a city which has been subjected to perhaps the free world’s most stringent lockdown rules. In the meantime, I imagine there’s a fair amount of schadenfreude amongst many lowly-ranked players who can anyway only afford accommodation akin to the Melbourne Park Hotel Detention Centre.

If I were Djokovic, I’d get straight back onto the next plane home. Why would he want to subject himself to such public vilification? And a darkened room with rubbish food (is he getting his usual plant-based, “my body is a temple”, diet right now?) is hardly good preparation for a Slam.

Or does he feel he can’t deal with the idea of being denied the Grand Slam, a feat he so nearly achieved last year? He would need to win this first Slam tournament in Melbourne in order to have a chance of doing so. Even Djokovic, though, cannot have expected that the price of achieving his ambition would be so high — or that the game he would find himself playing in Melbourne would be a more brutal one than tennis: pandemic politics.